Welcome to Kingdom Hearts Canon-Fanon Wiki
The wiki about Kingdom Hearts fanon (and canon) that anyone can edit
146 articles since January 2010
Notice: there will be absolutely zero tolerance for vandalism. See our policy on vandalism for details.

Contribute to this Wiki

To write a new article, just enter the article title in the box below.

Not sure where to start?

There are two kinds of articles that need major help: "Stubs" and "Wanted Articles". However, because we don't like stubs here, we use the term Articles in Need of Expansion instead.

So get in there and start editing! 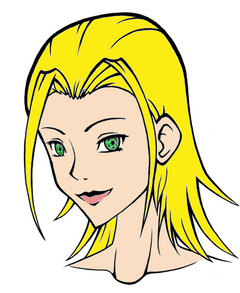 Relena
Relena is the complete being of Organization XIII's Larxene, and the most loyal of Ruldo's lovers. She later finds herself interested in Shadow, later paying the price for her actions when she is ultimately dragged into the Realm of Darkness by Ruldo out of the man's jealousy.
See more...

Retrieved from "https://kingdomheartscanonfanon.fandom.com/wiki/Kingdom_Hearts_Canon-Fanon_Wiki?oldid=5274"
Community content is available under CC-BY-SA unless otherwise noted.